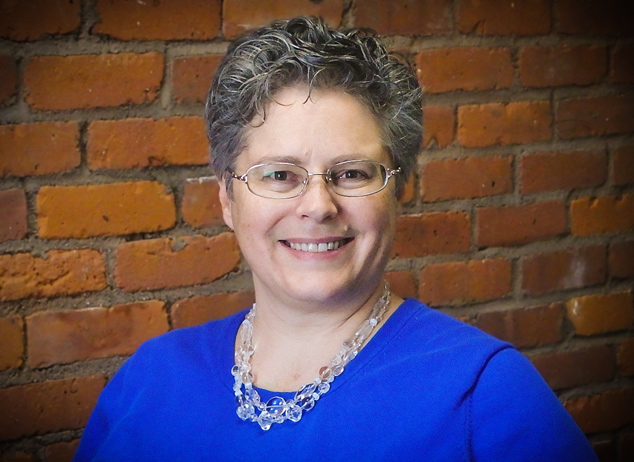 Michelle joined the Network in 2004 and is widely respected as an expert on state level systems for after school and summer programming. In addition to her more than twenty years of non-profit experience, she holds a Master’s degree in Public Policy from the Eagleton Institute for Public Policy at Rutgers University and a Bachelor’s degree in Economics from Smith College.

Michelle’s previous position was the City Scan Project Director for the Connecticut Policy and Economic Council. In the four years she served as Project Director, she expanded City Scan from a small pilot project to a model that is being used in nine cities across the country.

Prior to her work on City Scan, Michelle was the Director of Education at the Connecticut Association for Human Services, where she managed the Connecticut Kid’s Count project. She is the author of seven reports on the well-being of Connecticut’s children. 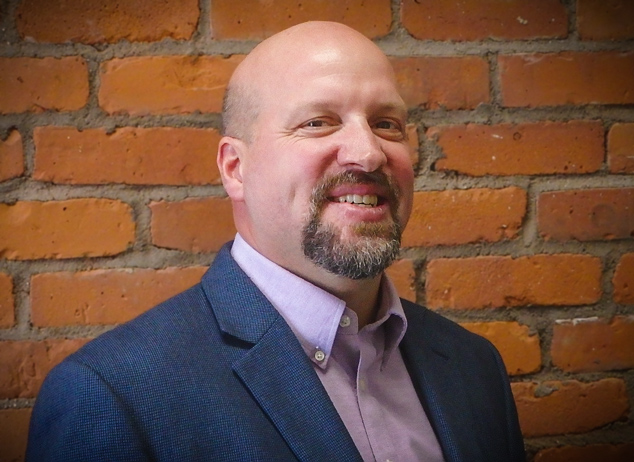 Ken has been with the Connecticut After School Network since 2008, his primary role with the is to oversee training and professional development work, creating linkages between the school day and after school, and working with communities to establish sustainable programs that both enrich and support children and families. He also helps in supporting the Cayen data system and leads the Quality Advising efforts for State Funded After School Programs. Ken brings more than twenty years of experience in the field of after school and youth development.

Ken recently graduated from the University of Hartford Educational Leadership Program with a Doctorate in Education, he holds a Master’s degree in Human Services with a concentration in Organizational Management and Leadership, and a Bachelor’s degree in Psychology with a concentration in Child Development. He has been a presenter at the local, regional, and national level on leadership and creating effective partnerships and collaborations. He authored a book entitled, “School and Afterschool Personnel Reports of Partnership, Communication, and Academic Resource Sharing” and is an area Ken is passionate about.

He is the Former District Family Resource Center Coordinator for the Windsor Public Schools, where he administered five family resource centers as well as the Child Care Services Director for the New Britain YMCA and a national YMCA of the USA trainer. 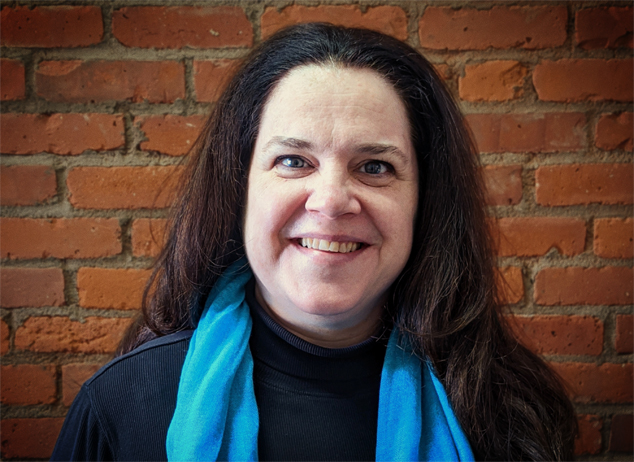 Barbara joined the network in 2019 to coordinate the Connecticut Children’s Collective, a statewide intermediary organization that creates positive outcomes for Connecticut’s children and families. Barbara holds a Master’s degree in Education with a concentration in Early Childhood Education from the University of Hartford, and a Bachelor’s degree in English with a minor in Psychology from Central Connecticut State University, where she also earned her certification in secondary education as an English teacher.

Barbara has been working with children and families for nearly twenty years. Barbara’s previous work was with the Children’s Discovery Center of Canton where she served as assistant director and an infant & toddler teacher, the YWCA of New Britain as an infant & toddler teacher, and The Village for Families & Children where she served throughout Hartford as a family resource center coordinator, community school director, and director of their early childhood learning center.

Barbara has enjoyed presenting at numerous local, state, and national conferences on the topics of Toxic Stress, Mindfulness, Leadership, Literacy, and Social-Emotional Learning. Barbara serves on the Board of Directors for the Charter Oak Cultural Center, as well as the West Hartford Women’s Chorale, which she has been a member of since 2010. 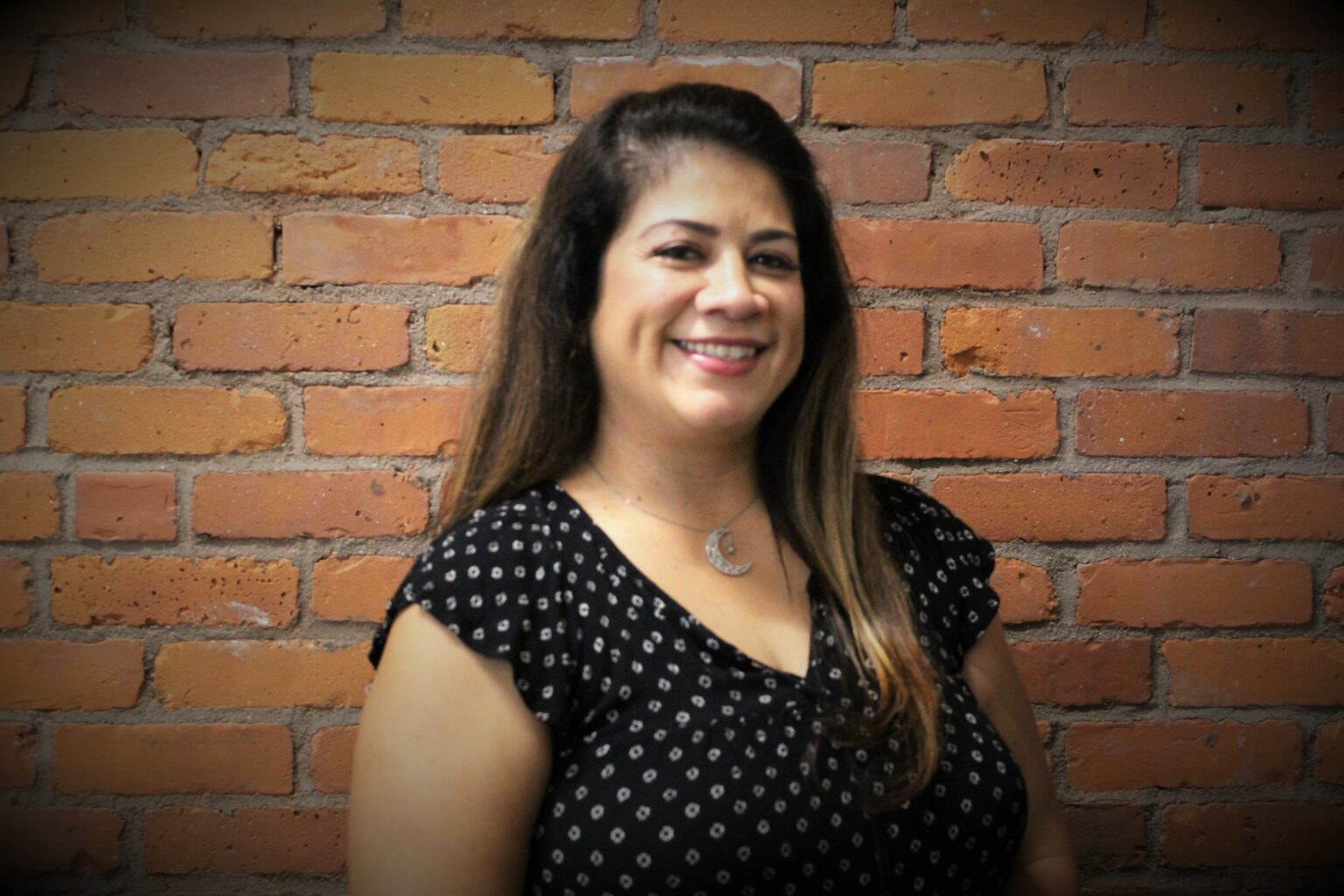 Marla has been with the Connecticut After School Network since 2008, she brings 10+ years of technical work experience with the Cayen AfterSchool21 System to her position at the Network. She previously was employed with the New Haven Board of Education, and served as a program coordinator for the 21st Century Community Learning Center at the Columbus Family Academy. She holds a Bachelor’s Degree in Business Management.

Marla is responsible for maintaining the fiscal control systems of the organization and providing technical support for all state-funded After School Grantees. She also maintains the Connecticut After School Network website, maintains the resource library and membership database. 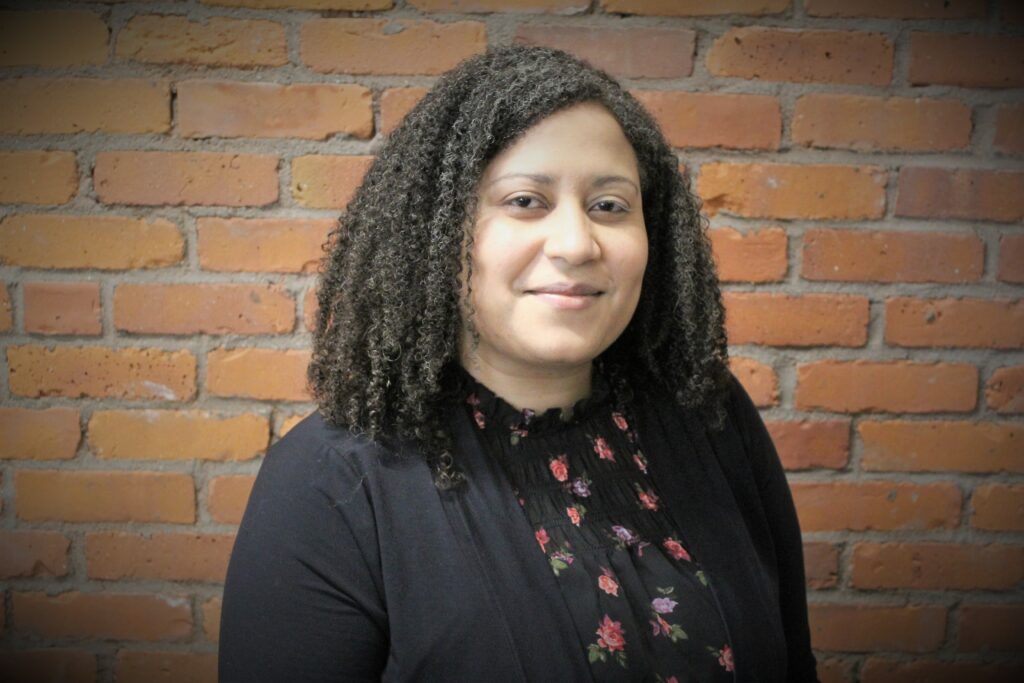 Khadija joined the Network staff in 2019. She brings 15+ years of experience working in informal education in a variety of direct service and supervisory roles with organizations such as Zoo New England and the Student Conservation Association. She holds a B.S. in General Studies from Cornell University with study focused in Education and Animal Science and an M.S. in Environmental Education from Southern Connecticut State University.

More recently, her personal interests in mindfulness and self-improvement combined with her last role as program director for a youth development organization with an environmental focus, connecting her more specifically to tools and training needed for sharing positive life skills development and social and emotional learning. She is delighted to join the network and share her passion for SEL and STEAM! 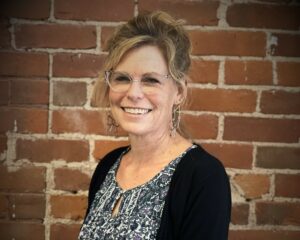 Monica has served as the Conference Coordinator for the Network since 1999. She holds a Bachelor’s degree in History from Providence College, and a Master’s degree in Secondary Education from the University of Bridgeport.

Monica has worked in a directorial capacity in the after school field for many years and has also served as both a conference planner and presenter/trainer at various times throughout her career. 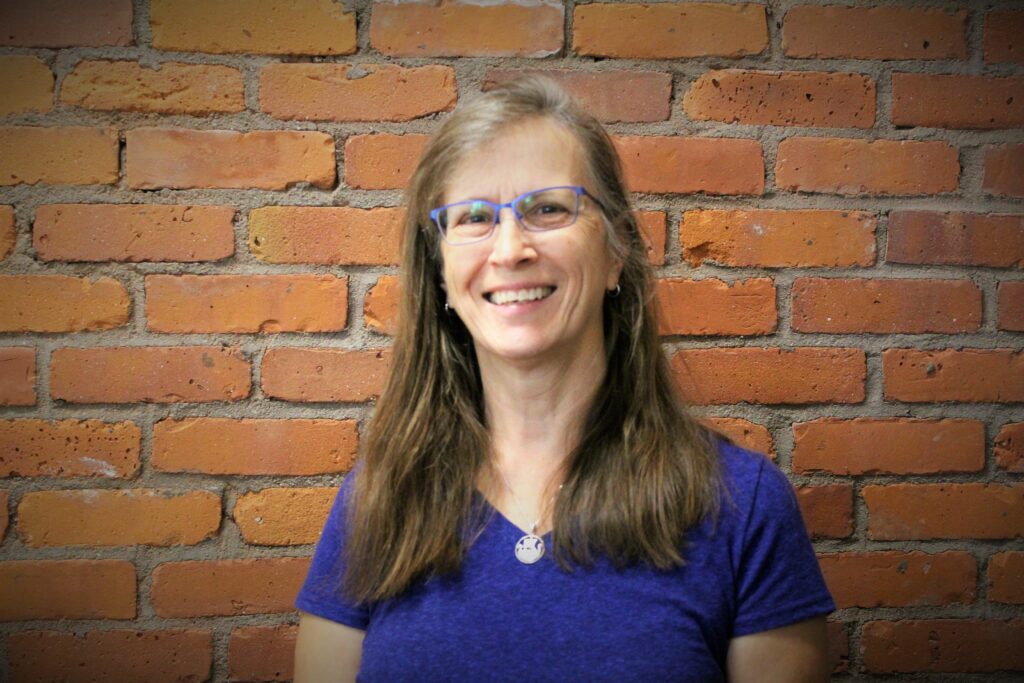 Rose started with the Network in the spring of 2010. She holds a Bachelor’s degree in Business Administration from the University of Maine.

Rose has over 10 years of experience in the field of data analysis and database administration and previously worked for Cigna in Bloomfield, CT. Rose maintains our backend databases, researches the internet for various project needs, and attends our contact management and marketing. 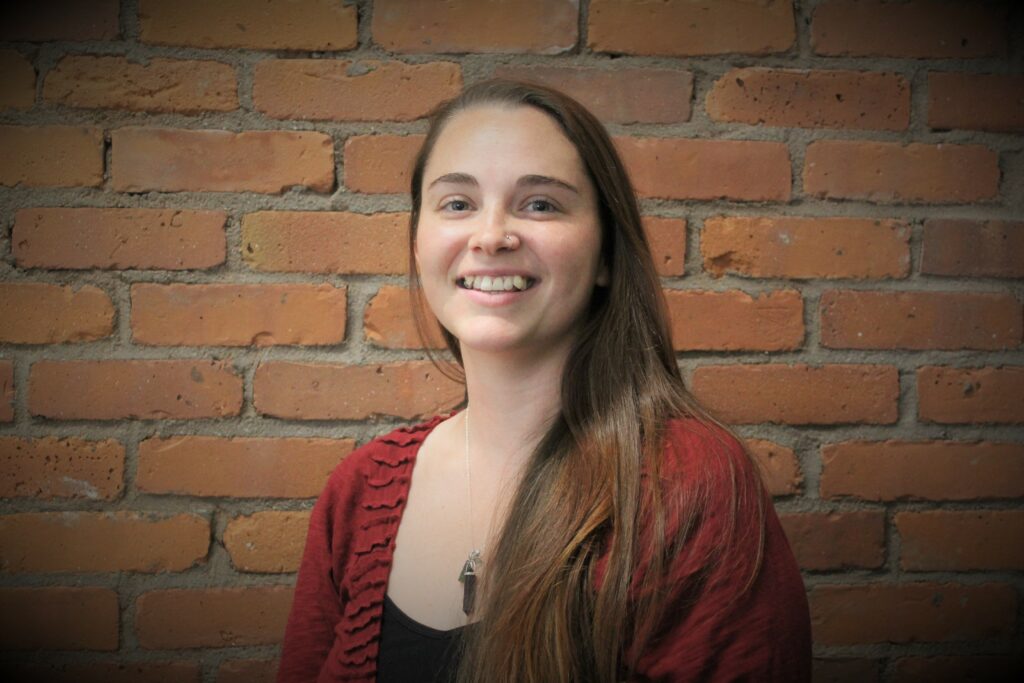 Shawna is a recent graduate from Central Connecticut State University. She was a Psychological Science major with a focus in Community Research and Intervention. She worked as the Network’s Research intern her senior year and joined us as our first Research & Evaluation Specialist. Shawna is interested in addressing issues of social inequity in the community and has recently developed an interest in addressing disparities in the after-school field.

Her internship project this semester helped inform our CLASP “Moving Towards Mastery” Cohort by examining the most prominent problems of practice in the afterschool field. She is excited to get involved with the out-of-school time partners to address solutions and address issues practitioners face in programming. Her hope is to gain fundamental experiences and skills that will help her explore her passion further in doctoral studies in the future. 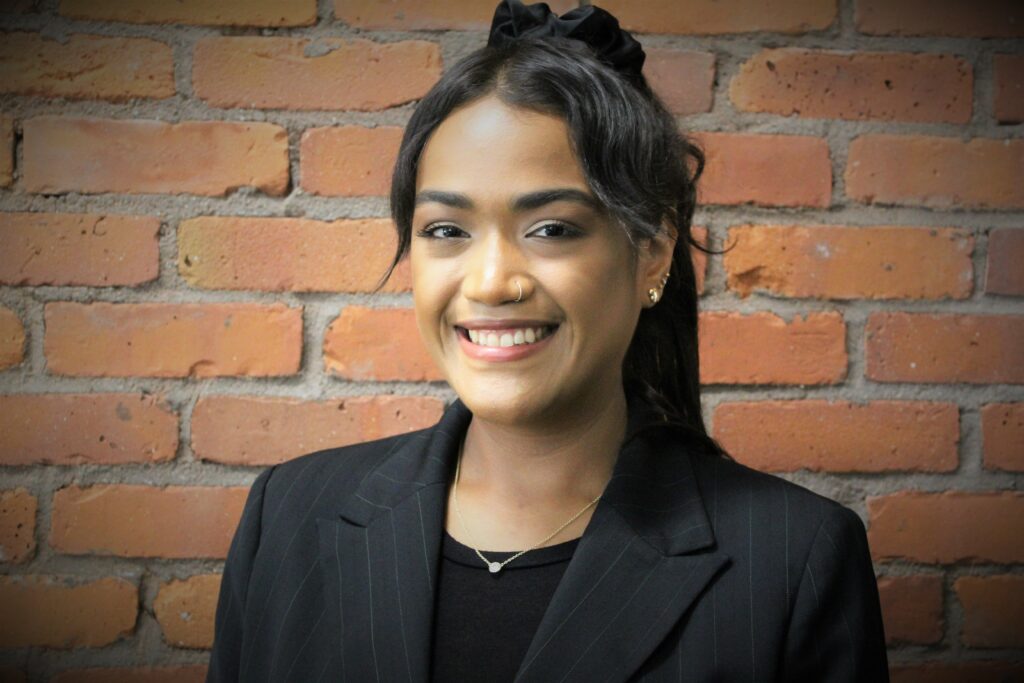 Aridyan joined the Network in June 2020 after graduating from Central Connecticut State University in the Spring. She graduated with a Communications major with a minor in Media Studies. Before working with the Network, she was a Communications Intern at Sodexo where she helped create content for CCSU’s dining hall services. She was responsible for creating new food events that would appeal to students, creating social media content and collecting consumer feedback by distributing surveys.

If you are interested in becoming a member of the Board of Director of the Connecticut After School Network, please review the following information sheets and Board responsibilities.

Board of Director’s Information Sheet & FAQs

Board of Director Member Job Descriptions